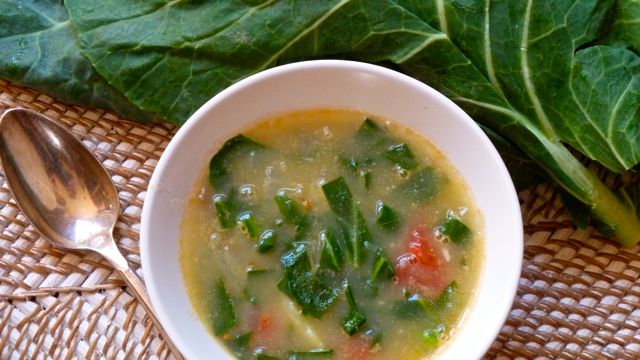 Leaf lovers are grateful to kale and its current rock star status—it’s the darling of restaurant chefs and home cooks, food blogs and magazine spreads.  This jaw-exercising leaf has single handedly dragged greens into the culinary mainstream, when for generations many of us have done our best to avoid them.  The surprisingly revelation that kale is not only nutritious but tasty as well, has opened the door to a whole new ruffly green world populated by the likes of spinach and bok choy, collards, beet greens and more.

Take collards for instance:  they’ve been regulars in kitchens across the globe for eons, from Africa to India, Spain, Portugal and even the American South.  Collards are loaded with good stuff including Vitamins K, A and C, folate, manganese, calcium, iron and even protein. 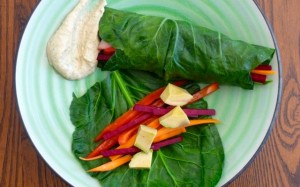 Sturdy collards hold up to lengthy cooking in stews and braises, but are perfect candidates for a quick stir-fry too.  Try using the steamed leaves as a wrapper for healthy summer rolls or the packaging for a savory rice stuffing.  Cut the leaves into ribbony lengths and sauté with garlic and red pepper flakes.  Toss with cooked pasta, grated Parmesan, olive oil and a squeeze of lemon.

You might also appreciate this Portuguese favorite, Caldo Verde—especially as summer sashays into cooler fall.  Simply flavored with potatoes, onions and garlic, this humble broth is about as easy as soup—or for that matter, dinner—gets.  You’ll have a warming potful on the table in half an hour with minimal prep.  Add a simple salad, and you’re set.

Traditionally served with sliced, cooked sausage, this vegetarian version features fresh summer tomatoes instead.  You might also toss in a drained can of cannellini beans if you want to up the protein content.

Quick Tips for the Week:

Shelled fava beans are fabulous sautéed with garlic and lemon.

Roast fennel and tomatoes for a quick side dish with deep flavors.

Finely diced melon and mix with lime juice and cilantro for a simple salsa.  Add cubed radish or peppers for crunch.