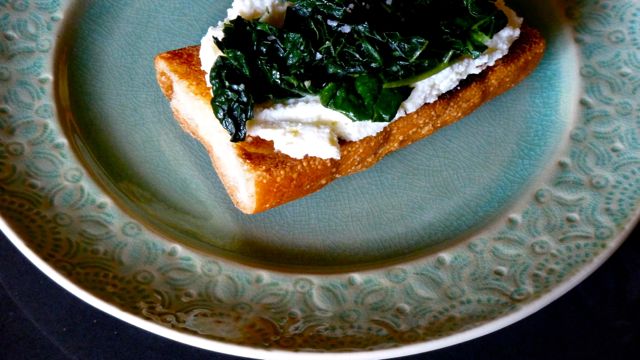 We’ve been eating kale for a while now—even before it became the newest chic, superleaf on the street.  Before kale chips and smoothies.  And other unlikely incarnations.  We follow the hoopla in the media—the articles, blog posts, recipes and such, touting boatloads of vitamins, minerals and fiber—and think back over our personal relationship with this ultra sturdy leaf, over months and years.  To be honest, it hasn’t always been easy—or quite so lovey-dovey.  Mostly we’d hide the curly chunks in soups and sautés—you’d have to look hard to know they were in there—and cook them long enough that the distinctive chew was no longer recognizable.  The thing is, we didn’t necessarily want kale to stand out in our meals, even if we did covet its health benefits.  Would we choose earthy kale over, let’s face it, less chewy brethren?  The truth is, probably not.  Sorry, kale—no offense intended.  Unlike others, we never warmed to the energizing power of a green smoothie or the snack appeal of a salty kale chip (to us chips will never be green).

But that was before we stumbled over a few solid recipes that did nothing more contrived than offer kale up as the leaf that it is.  In all its jaw-taxing glory.  Suffice to say, we were surprised.  In a good way.  Well done, kale.  We thought we had you pegged, but how wrong we were.  When teenagers request kale-ricotta tartine for dinner now, you make us proud.  Though you’ll never have the ghost of a chance in a standoff with chocolate—still, you’ve come a long way, baby.  For a chewy leaf. 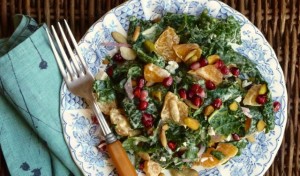 Three recipes that have us craving kale:

Kale and Ricotta Tartine with Lemon

While it’s true that kale is one of the chewiest green leaves around, it is in fact loaded with good stuff for our bodies.  For starters there’s a couple week’s worth of Vitamin K in each serving, a few day’s dose of Vitamin A and a mega boost of Vitamin C.  If that doesn’t tempt, consider that kale can also lower cholesterol, bolster our body’s natural detoxification process and reduce risk of colon and breast cancer.  So, even if you don’t relish it on a sandwich or in a salad, by all means, try it in a smoothie with mango, papaya or banana, or crisp up a few leaves in the oven for a healthy chip.  You might love it.

Other ideas for the week: 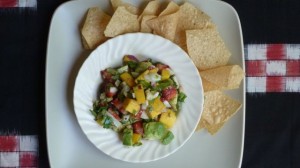 Roast the fennel, or slice it in a salad.

Who can resist popping the first of spring’s strawberries straight down the hatch?  But they’re also great in a salad, on top of ice cream, or in an unconventional guacamole.